Dubai, UAE (January 27, 2021) – The F3 Asian Championship Certified by FIA has announced a 23-car entry for its opening round at the Dubai Autodrome this weekend, with 17 nationalities spanning four continents gearing up for the start of the five round, 15-race 2021 season on January 29-30. Among the entries are some of the sport’s most promising up-and-coming talents, while their more experienced rivals will provide a credible and useful international benchmark. 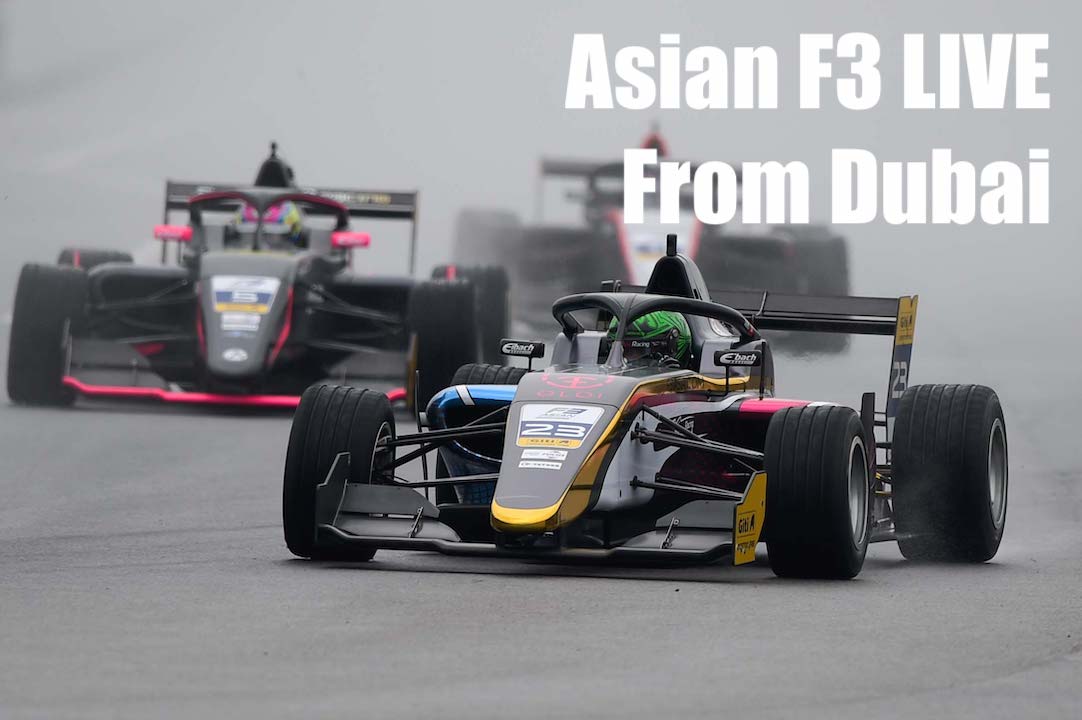 Two-time F3 Asian team champions Hitech Grand Prix return for a fourth season, their four-car entry combining both experience and fledgling talent. With two seasons in the FIA F2 Championship, Israel’s Roy Nissany is one of the most experienced drivers in the field this year, while Red Bull Junior Team driver and reigning F4 French champion Ayumu Iwasa is without doubt one to watch. Joining them are Reece Ushijima of Japan and Czech driver Roman Stanek.

Also with a four-driver entry are Pinnacle Motorsport, second in the team and driver classification last season with Red Bull Junior Team driver Jack Doohan. Returning to the series with Pinnacle having made his debut last season with Hitech Grand Prix is Italian Alessio Deledda, the 26-year-old recently confirmed for the 2021 FIA F2 Championship with HWA Racelab. Pinnacle’s championship newcomers are Frenchmen Pierre-Louis Chovet and Alexandre Bardinon, both 18 years of age, who are joined by Matthias Luethen of Germany.

Abu Dhabi Racing by Prema marks the championship debut of Prema Powerteam, one of the most successful outfits in all junior formulae below F1. Amna Al Qubaisi continues to develop her pioneering motorsport career with Prema, having made her racing debut in the 2018 Italian F4 Championship and a front runner in this year’s F4 UAE series. Joining the 20-year-old Emirati on the team are 21-year-old Guanyu Zhou of China who, having finished sixth in the 2020 FIA F2 Championship is one of his country’s brightest hopes for an F1 future, and Ferrari Driver Academy 17-year-old Dino Beganovic of Sweden.

3Y Evans GP and 3Y Evans GP Team Oloi enter two cars apiece for their first foray in the series. Sixteen-year-old Frenchman Isack Hadjar is joined by Finn Patrik Pasma at 3Y Evans GP, while Briton Casper Stevenson, third in the British F4 series last season, joins Russia’s Irina Sidorkova at 3Y Evans GP Team Oloi. Prior to the cancellation of its 2020 season due to the Covid-19 pandemic, 17-year-old Sidorkova had been selected for the prestigious all-female W Series.

Round 1 of the 2021 F3 Asian Championship Certified by FIA gets underway with two qualifying sessions and the opening race of the season on Friday, January 29th. Races 2 and 3 follow on Saturday at the Dubai Autodrome.