Qualifying for the FUJIMAKI GROUP MOTEGI GT 300km RACE, Round 4 of the 2020 AUTOBACS SUPER GT series took place at Twin Rings Motegi in Tochigi Pref. on September 12 (Sat). In the GT500 class, Tachikawa in the No. 38 ZENT GR Supra (Yuji Tachikawa/Hiroaki Ishiura) won pole position (1st qualifier) and extended his record for most pole by a driver to 24. In the GT300 class, pole position went to Aoki in the No. 360 RUNUP RIVAUX GT-R (Takayuki Aoki/Yusaku Shibata). These two cars will start at the front of their respective classes in tomorrow’s race starting at 13:00 in the afternoon.
As with the past three rounds, Round 4 was also held without spectators. In weather conditions that saw intermittent drizzling rain, the track was dry at the start of the GT300 class Q1 session, with the air temperature at 25 degrees Celsius and the track surface temperature at 29 C.

The GT500 class session started a little late at 13:10 in the afternoon. All 15 cars in this 10-minute session would compete to qualify for Q2 by finishing with times in the top eight. Despite a drizzle of rain, the track was mostly dry. But, because of the looming fear of stronger rain, all of the cars took to the track as soon as the session started. Then, after thoroughly warming up their tires, the teams began their time attacks. Here, it was Ritomo Miyata in his first season as a GT500 regular driver who drove the No. 19 WedsSport ADVAN GR Supra to a top time. The No. 64 Modulo NSX-GT (Hiroki Otsu) scored the 2nd fastest time. Third fastest was the No.17 KEIHIN NSX-GT (Bertrand Baguette). Meanwhile, due to the disqualification of the fastest times of the No. 3 CRAFTSPORTS MOTUL GT-R (Katsumasa Chiyo) and the No. 23 MOTUL AUTECH GT-R (Tsugio Matsuda) for having been recorded while the Yellow Flag was displayed, the No. 38 ZENT GR Supra (Hiroaki Ishiura) was moved up from 10th position to qualify on to Q2.

In the 10-minute GT500 class Q2, the teams competed for pole position. As soon as the session started the drizzling rain grew stronger, prompting all eight cars to quickly return the pit and rush to remove their slick tires in favor of rain tires. Amid these tough conditions, it was eventually Tachikawa in the No. 38 ZENT GR Supra who in his last attack became the only driver to break the 1’44 barrier with a time of 1’43.878 on his last attack and win pole position. For Tachikawa, this extended his record for most pole positions by a single driver to 24. Qualifying 2nd was the No. 17 KEIHIN NSX-GT (Koudai Tsukakoshi). Finishing in 3rd position was the No. 8 ARTA NSX-GT (Nirei Fukuzumi). Among the NISSAN GT-R NISMO GT500 cars, the fastest qualifier was the No. 3 CRAFTSPORTS MOTUL GT-R in 10th position.

As with the last round, the GT300 class Q1 session was held in two groups running separately (Group A and B). In Group A it was the winner of the last round, the No.11 GAINER TANAX GT-R (Hironobu Yasuda), and in Group B the No. 96 K-tunes RC F GT3 (Sena Sakaguchi) that recorded the fastest times respectively. In the Q2 session run in a drizzling rain, the top eight cars from the two groups, 16 cars in all, competed in the time attacks. In the fiercely contested final laps, the top position changed hands several times and, in the end, it was the former GT300 champion Aoki in the No. 360 RUNUP RIVAUX GT-R Takayuki Aoki/Yusaku Shibata) that won pole position with a time of 1’48.546. Qualifying in 2nd and 3rd positions were the No. 25 HOPPY Porsche (Takamitsu Matsui/Kimiya Sato) and the No. 31 TOYOTA GR SPORT PRIUS PHV apr GT (Koki Saga/Yuhki Nakayama) respectively. 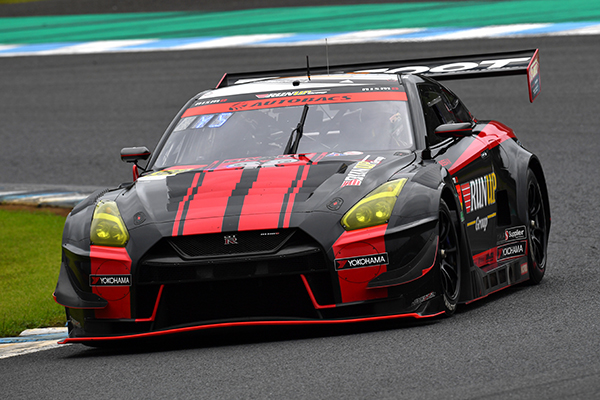 The Road To Le Mans Starts Here.LIVE from the Circuit de la Sarthe.

ELMS Paul Ricard Racing Into The Night. Watch It LIVE