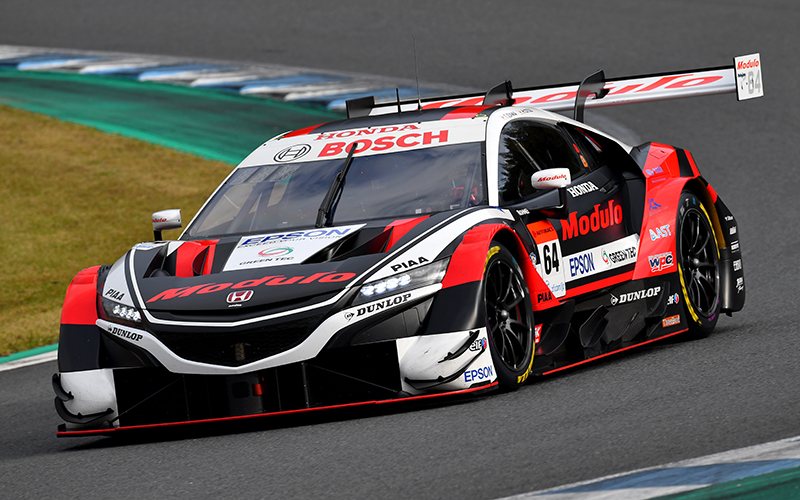 The official qualifying for the FUJIMAKI GROUP MOTEGI GT 300km RACE, Round 7 of the 2020 AUTOBACS SUPER GT series, was held at the Twin Ring Motegi circuit in Tochigi Prefecture on November 7 (Sat.). In the GT500 class, the No. 64 Modulo NSX-GT driven by Takuya Izawa and Hiroki Otsu won its second Pole Position of the season. In the GT300 class, Yamauchi drove the No. 61 SUBARU BRZ R&D SPORT (Takuto Iguchi/Hideki Yamauchi) to the team’s first the pole position of the season. These two cars will start at the front of their respective class grids in tomorrow’s race starting at 13:00.

In September, Round 4 of this year’s series was held here at Motegi without spectators, but for this Round 7 race is being held with spectators. The conditions were warmer than usual for this time of year with the air temperature at 19 degrees Celsius. The Q1 session of the GT500 class qualifying started at 2:03 in the afternoon. All 15 GT500 class cars ran together in this 10-minute session, from which the eight fastest cars would move on to Q2. Here it was the GT500 rookie Hiroki Otsu in the No. 64 Modulo NSX-GT who recorded the fastest time of 1’36.368. Meanwhile, the leaders of the Drivers ranking coming into this race, the No. 14 WAKO’S 4CR GR Supra (Sho Tsuboi) could only run the 9th fastest time, thus failing to move the team on to Q2.

Then, in the 10-minute Q2 session, the top eight cars competed for pole position. And as usual the last minute of the session saw the teams making their strongest efforts in their time attacks. First it was the No. 64 Modulo NSX-GT (Takuya Izawa) who recorded a time of 1’36.140, that became the target time for the others. Two more NSX-GT cars, the No. 8 ARTA NSX-GT (Tomoki Nojiri) and the No.100 RAYBRIG NSX-GT (Tadasuke Makino), and the winner of the last race, the No. 23 MOTUL AUTECH GT-R (Ronnie Quintarelli), came close to No. 64’s time but were unable to better it before the session ended.
With this, the No. 64 Modulo NSX-GT (Takuya Izawa/Hiroki Otsu) took their second ole position of the season following the one at Round 3 at Suzuka. Qualifying 2nd and 3rd respectively were the No. 8 ARTA NSX-GT (Tomoki Nojiri/Nirei Fukuzumi) and the No. 100 RAYBRIG NSX-GT (Naoki Yamamoto/ Tadasuke Makino), giving the NSX-GT cars a clean sweep of the top three places here at Honda’s home track of Motegi. However, their rivals, the No. 23 MOTUL AUTECH GT-R (Tsugio Matsuda/Ronnie Quintarelli) and the No. 19 WedsSport ADVAN GR Supra (Yuji Kunimoto/Ritomo Miyata) qualified close behind them in 4th and 5th places respectively.

In the GT300 classQ1 sessions divided between Group A and Group B, the No. 61 SUBARU BRZ R&D SPORT (Takuto Iguchi) was fastest in Group A and the No. 11 GAINER TANAX GT-R (Hironobu Yasuda) was fastest in Group B. In the Q2 session that followed, the top eight cars from each group competed together for a total of 16 cars. Here it was Yamauchi in the No. 61 SUBARU BRZ R&D SPORT that ran the fastest time of 1’46.200 to take the team’s first pole position since Round 7 of last year’s series at Sportsland SUGO. Qualifying the 2nd and 3rd positions respectively were the No. 244 Takanoko-no-yu RC F GT3 (Rintaro Kubo/Atsushi Miyake) and the No.11 GAINER TANAX GT-R (Katsuyuki Hiranaka/Hironobu Yasuda). 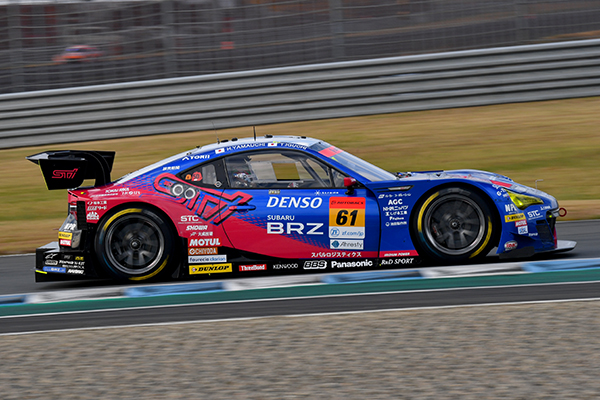