The #32 Team WRT machine led paid testing on Thursday and then topped Friday’s free practice before Saintéloc Racing hit the front in pre-qualifying with its #25 Audi. These two cars will share the front-row for this afternoon’s race after Weerts narrowly edged Léo Roussel in a busy qualifying session. 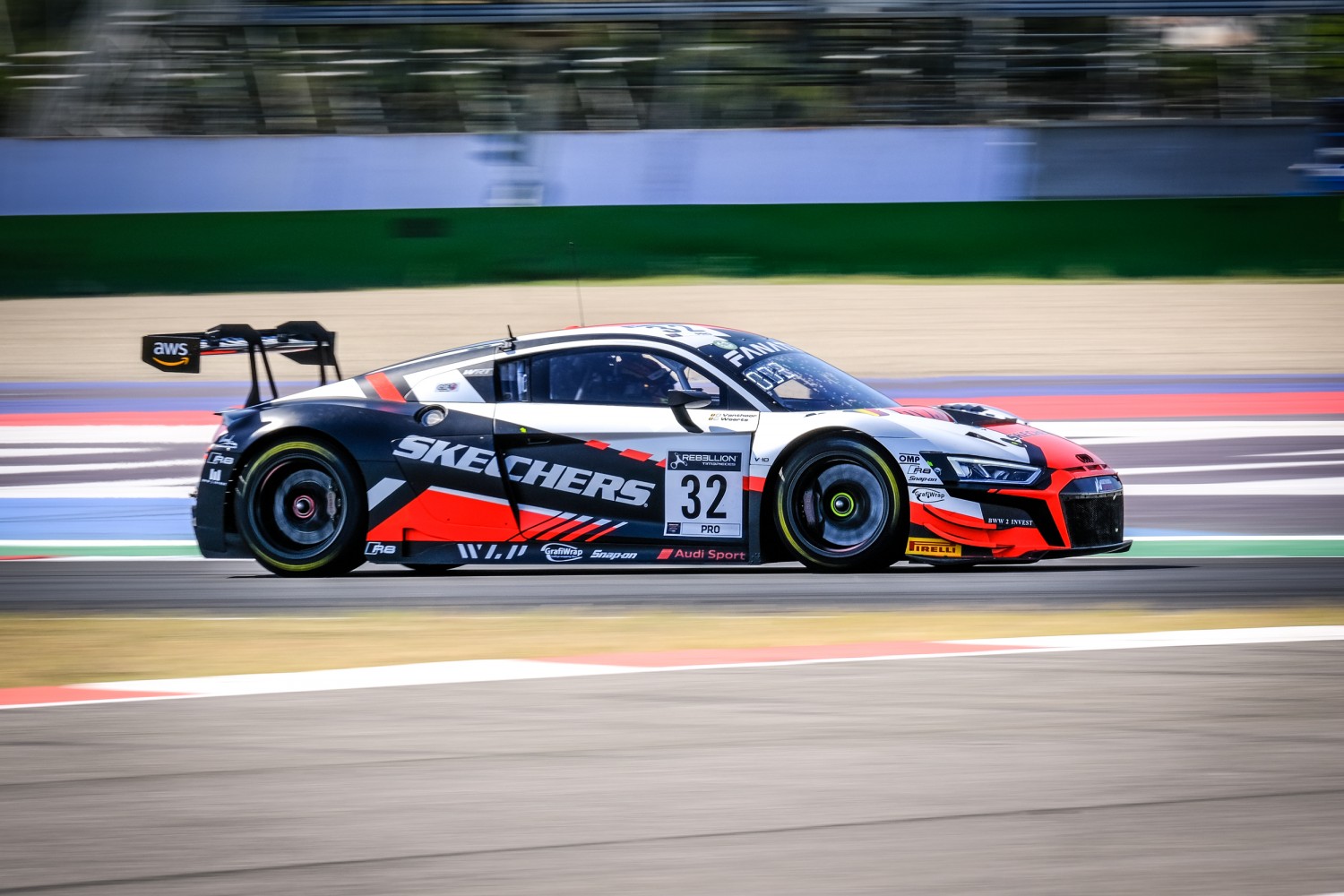 It was the Belgian driver’s second career pole, the first having come at the same circuit in 2019. By taking the bonus point

on offer, he and teammate Dries Vanthoor have returned to the top of the Sprint Cup standings by just 0.5 points and will have a chance to extend their advantage this afternoon.

The session began with a flurry of activity as the the bumper 30-car field looked to bank early laps. Indeed, within five minutes there were 29 times on the board, the only exception being Konsta Lappalainen in the #114 Emil Frey Racing Lamborghini.

Weerts led at the halfway mark from the Mercedes-AMG machines of Jim Pla (#87 AKKA ASP) and Luca Stolz (#6 Toksport WRT). Albert Costa also briefly hit the front in the #163 Emil Frey Racing Lamborghini only to have his time deleted for exceeding track limits.

The Spanish driver didn’t make the same mistake on his second run and moved into provisional pole, but there was more to come from the Audi contingent. Weerts posted a 1m32.333s to return to the top, while Roussel came within a mere 0.018s of toppling the Team WRT man, a breakthrough performance from the Frenchman in his first season of GT3 racing.

If anyone had anything for the pace-setters, their chance to prove it was scuppered by a late red flag caused by a spin into the gravel for the #66 Attempto Racing Audi; with just a minute left on the clock, there was insufficient time to resume the session.

Costa will start third, sharing the second row with the highly impressive Ulysse de Pauw. The young Belgian showed that his standout performance at Zandvoort was no flash in the pan by qualifying fourth overall and on Silver Cup pole in the #107 CMR Bentley.

Aurélien Panis took fifth in the #26 Saintéloc machine, followed by Pla in the #87 Mercedes-AMG. The AKKA ASP driver finished ahead of a further four Mercedes-AMG entries: the #6 Toksport WRT, the #88 AKKA ASP, the #90 Madpanda and the #7 Toksport WRT.

Pro-Am was led by Louis Machiels in the #52 AF Corse Ferrari, ensuring that three different brands will start on pole this afternoon. The Belgian will line up 26th overall and has a Pro car between himself and his class rivals. Full session times can be viewed here.