The new Porsche 911 GT3 R will make its official race debut tonight at the Nurburgring.  The new car is based on the latest 992-generation 911. Compared to its predecessor, the new 911 GT3 R features a larger engine producing up to 416 kW (565 PS), a more constant aerodynamic performance and an optimised vehicle balance.

With the latest generation of the 911 GT3 R, Porsche unveils a new customer racing car. The new challenger for GT3 series around the world is based on the current 992 generation and will be ready to race at the beginning of the 2023 season. Development began in 2019.

Priority was given to further improving the driveability for professionals and so-called gentleman drivers, as well as tapping larger performance reserves for different Balance of Performance (BoP) classifications. Another focus was on streamlining the handling of the race car for the teams and reducing the running costs.

Julien Andlauer and Fred Makowiecki are entrusted with the #911 entry which features in the SPX class for non-homologated machines. 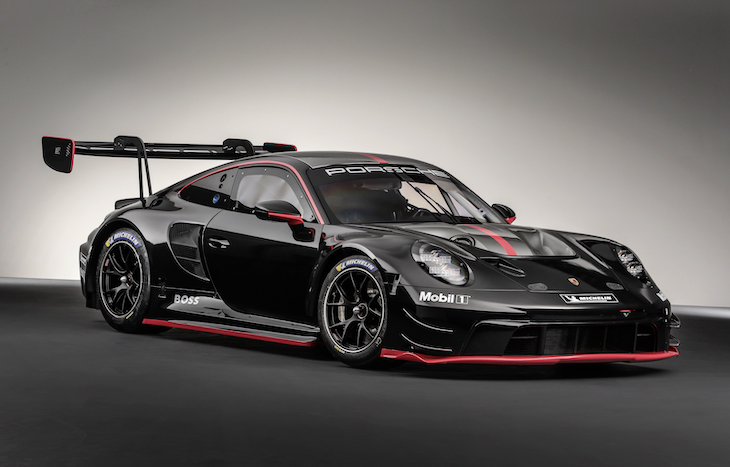