The no34 Racing Team Turkey Oreca 07-Gibson will start the 4 Hours of Red Bull Ring at the head of the 41-car grid after Logan Sargeant held his nerve as the damp track after earlier rain made the conditions difficult to judge.

The American, who is making his LMP2, and ELMS race, debut this weekend, posted a 1m20.596 lap to finish the short 10-minute session 0.157s ahead of Ferdinand Habsburg in the no24 Algarve Pro Racing, the Austrian briefly holding the top spot for his home race earlier in the session. 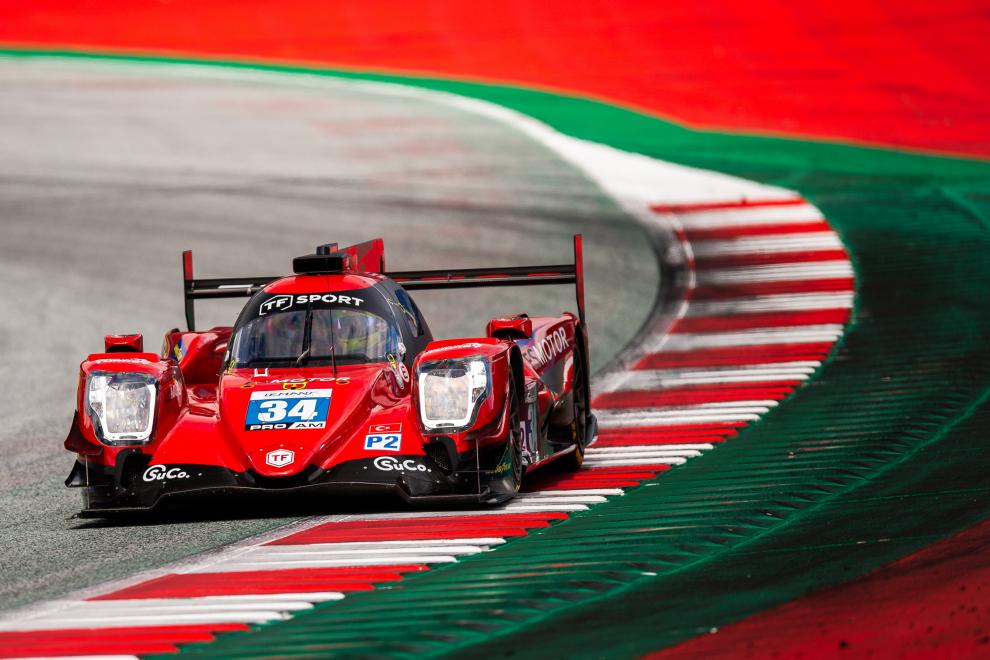 The no32 United Autosports Oreca of Nicolas Jamin will head row 2 after the French driver posted a 1m20.877, 0.281s behind Sergeant and 0.076s ahead of the no25 G-Drive Racing Aurus of Roberto Mehri.

Round 1 winner Louis Deletraz in the no41 Orlen Team WRT Oreca was fifth fastest with a 1m21.037.The top 11 cars were split by less than 1 second at the end of qualifying.

Melbourne driver James Allan will start from tenth place on the grid after co-driver Will Stevens set a time of 1:21:462 in Qualifying.

Queenslander Matt Campbell in the Proton Competition Porsche 911 RSR-19 was 5th  fastest in GTE with a 1m27.948 lap, seven tenths behind pole sitter Alessio Rovera in the AF Corsa Ferrari.

The race livestream starts at 6:40 AEST.