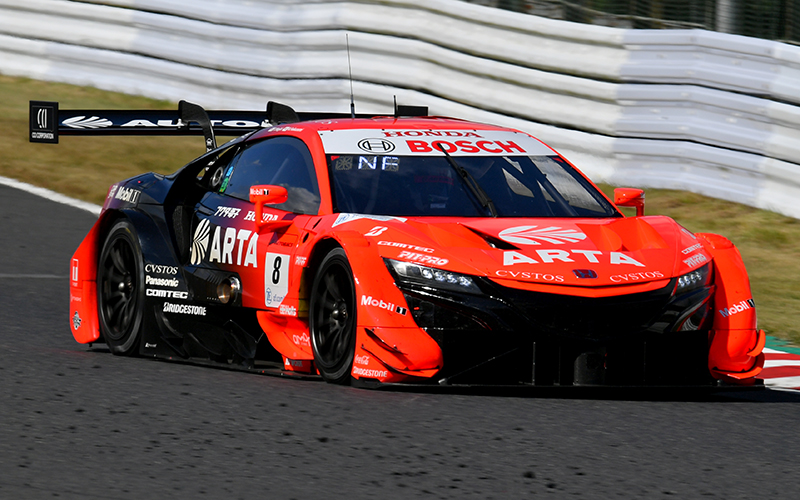 Qualifying for the FUJIMAKI GROUP SUZUKA GT 300km RACE, Round 6 of the 2020 AUTOBACS SUPER GT series took place at Suzuka circuit and in the GT500 class, Fukuzumi drove the No. 8 ARTA NSX-GT (Tomoki Nojiri/Nirei Fukuzumi) to take his second straight pole position.

In the GT300 class, Sakaguchi drove the No. 96 K-tunes RC F GT3 (Morio Nitta/Sena Sakaguchi) to win pole position. These two cars will start at the front of their respective classes in tomorrow’s race starting at 1:00 in the afternoon.

As a countermeasure to help stop the spread of the COVID-19 pandemic, Round 3 of the season here at Suzuka in August was held without spectators, and the F1 Japanese Grand Prix scheduled for October here had to be cancelled, which means that this is the first big race to be held at Suzuka this year with spectators. On this day, the skies were clear and the air temperature at 20-degrees C. which made for good conditions for competition.

The GT500 class Q1 session started at 2:33 in the afternoon. All 15 participating GT500 cars ran in the same 10-minute session, from which the fastest eight cars would qualify for Q2. In this session there was an accident that forced it to be stopped temporarily after a crash by the No. 23 MOTUL AUTECH GT-R (Tsugio Matsuda). This meant that the competitors only had one chance to get a fast qualifying time in the last five minutes of the session. The result was the top time going to Ritomo Miyata in the No. 19 WedsSport ADVAN GR Supra. The second fastest time was recorded by Hiroki Otsu in the No. 64 Modulo NSX-GT, which meant that the top two times were run by GT500 rookies.

In the Q2 session to decide pole position, it was the last minute of the 10-minute session that saw the real competition for pole position. It was here that Nirei Fukuzumi in the No. 8 ARTA NSX-GT became the only driver to break into the 1’44 sec. range. This rookie competing in his first season in the GT500 class recorded a time of 1’44.963 to claim his second straight pole position of the series. This gave the No. 8 team their third top qualifying spot of the season. Qualifying 2nd was the pole-sitter from Round 3 here at Suzuka, the No. 64 Modulo NSX-GT (Takuya Izawa), giving NSX-GT cars the top two qualifying spots here at Honda’s home track of Suzuka. Qualifying 3rd was the No. 19 WedsSport ADVAN GR Supra (Yuji Kunimoto). Fourth place went to the No. 12 CALSONIC IMPUL GT-R (Kazuki Hiramine), meaning that all three makers had at least one car in the closely bunched top four.

The GT300 class Q1 was run in two sessions for Group A and Group B. In Group A, the No. 96 K-tunes RC F GT3 (Morio Nitta) finished fastest, while the fastest in Group B was the No. 31 TOYOTA GR SPORT PRIUS PHV apr GT (Yuhki Nakayama). The following Q2 session was contested by the eight fastest cars from the two Q1 sessions, for a total of 16 cars. In this Q2 session, the No. 96 K-tunes RC F GT3 driver Sena Sakaguchi recorded a time of 1’55.838 to win his personal first pole position. Qualifying 2nd and 3rd were the No. 61 SUBARU BRZ R&D SPORT (Takuto Iguchi/Hideki Yamauchi) and the No. 6 ADVICS muta MC86 (Ryohei Sakaguchi/KazutoKotaka) respectively.

The race livestream by  starts at 2:40PM AEDT with commentary from Sam Collins and the team from THE RACE 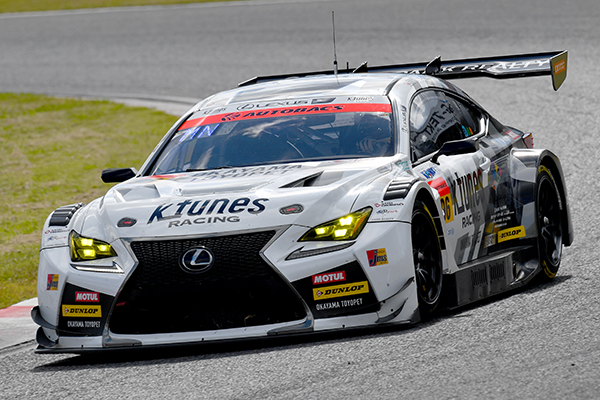